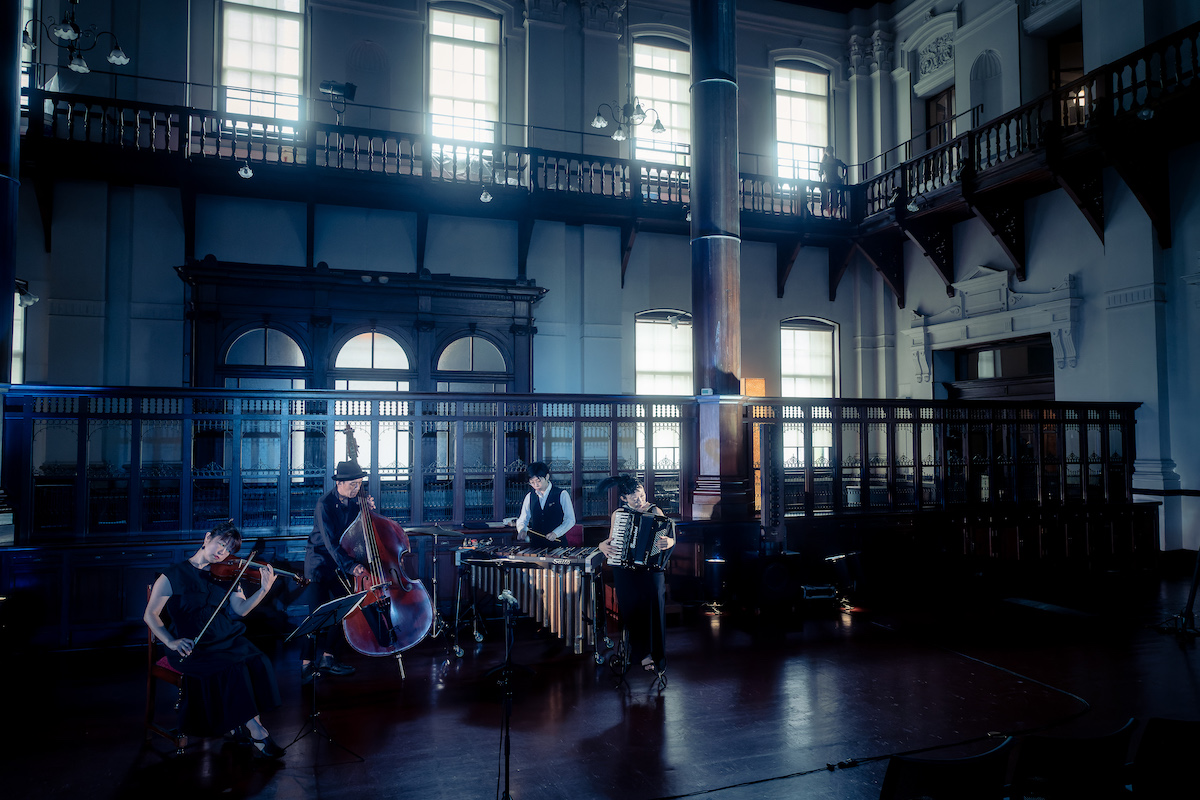 mama!milk is an instrumental duo by Japanese accordionist and composer Yuko Ikoma with contrabassist and composer Kosuke Shimizu.
They are based in the old city of Kyoto and have been composing, recording albums, and performing at a variety of venues from theater to historic monuments, ruins, installations of art, etc.

On the albums, starting with the release of the first in 1999, they have been recording a number of waltz, experimental, tango, classical and contemporary pieces with a variety of ensemble in studios, halls, factories, ruins, etc.

In the live performance, they play the music like a soundtrack for an imaginary cinema while mixing the original compositions and some improvisation inspired by the acoustics and ambience of each venue.

Their music has been described as Cinema for Ears or Japanese New Exotica. 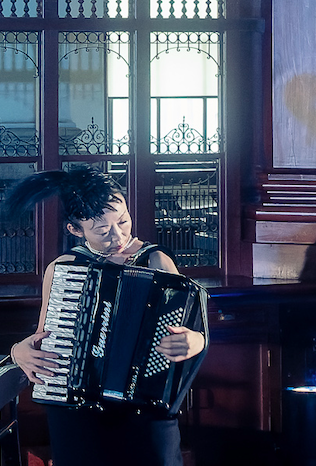 Since her childhood, she has been familiar with the reed organ, hand-cranked music box, toy-instruments, percussion in the brass band, and accordion.
She has released her musical works under two names: "mama!milk" as an accordionist and "yuko ikoma" as a recording project using music boxes.
Among yuko ikoma's albums are a cover album of Erik Satie and "Suite for Fragile Chamber Orchestra" featuring Kazuaki Harada's automata. 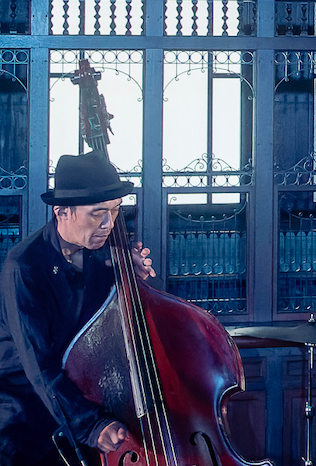 Since the 90's, he has been supporting the bottom of many bands in the Kansai area as a bassist, and in parallel with releasing album works, he has picked up the double bass via a great variety of sites such as improvisation, recording experiments, dance and stage music.
Since 1997, as a double bassist in the duo "mama!milk" with the accordionist Yuko Ikoma, he has performed in old theaters, cruise ships, temples, and museums around the world, and has produced and released albums with numerous guest performers. He has also created music for video and art works, and imaginary soundtracks using field recordings.