Fragrance of Notes
Stillness while swaying.
Settling in while wandering.
Songs as tantalizing as ripened fruit.
Their lush lyricism excites. 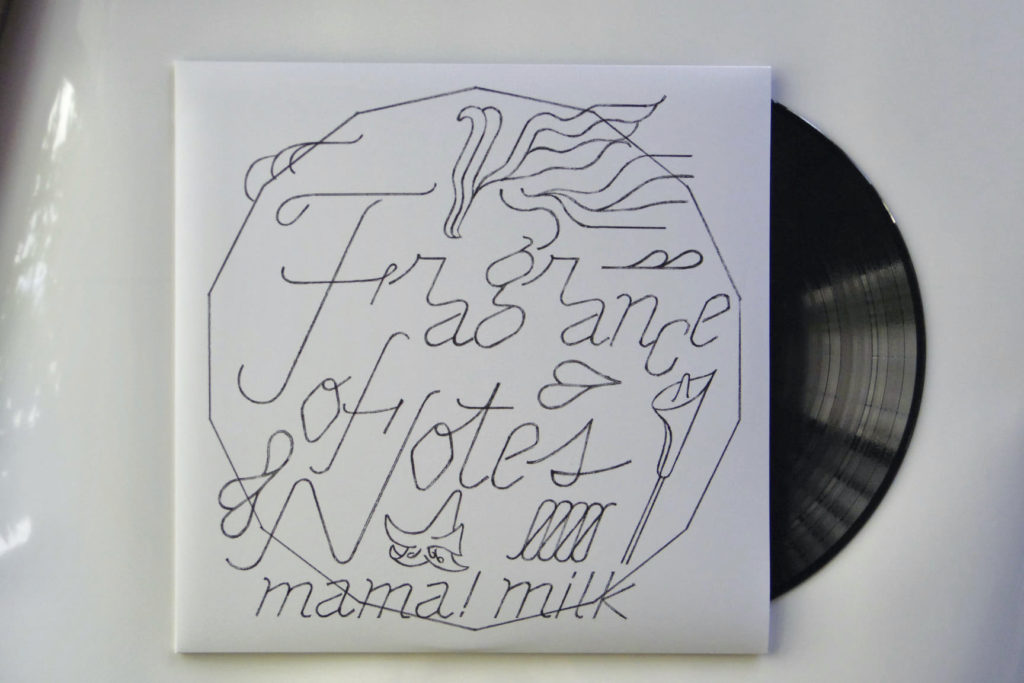 Reprint of the record of “Fragrance of Notes”, which was released as a limited edition in 2008
[ LP track list ]

When I met yuko the first time, it was in a hotel in tokyo
and having these little pieces of conversation in mind
and the even stronger impression of her elegant appearance makes this record very special for me.
It seems to bring back these pictures of a very short but intense moment
and i think the music of mama!milk has exactly this
it is changing between elegance,coolness but at the same time
the heart and the emotions of an intensive short moment
that will keep its footprint in your mind.
It leaves a lot of space for mindtrips
and also for connections in the own musical biographie.
during the listening while i was hearing the new mama!milk record
I was somehow found quotes in some europien countries
but at the same time it has this little difference that makes the music on
“fragrance of notes” outstanding for me.
At the end you will breath in and breath out
and you know that this record was not the last time in your cd-player.
Hauschka

Sound that stops the moment and makes you wonder
mama!milk is by accordion player Yuko Ikoma and ContrabassKosuke Shimizu, they’re based in the old city Kyoto and has beendoing a live at art museums, theater, cafe and even at a temple.
Their music are like a flame at the fireplace, burning quietly but not silently and burn the heart of people who listen to it. It’s been a while since I have been facinated by their music.
Their new album 『Fragrance of Notes was released this summer after five years, the album is made with artists Tsutomu Kurihara (drums), Takeo Toyama (piano) and also Gak Sato (Theremin) who worked at Right Tempo for more than 10years, and also Yuichi Inobori (flute/trombone) as guest players.
The 14tracks or should I say 14piece of poems are like a picture scroll which will bring back some old and sweet memories. It reminded me a film the romantic three piece made by movie director Seijun Suzuki, this album is a masterpiece.
The sexy and beautiful sound of accordion will cross by to the cool contrabass as if it is trying to seduce and other instruments were smiling to hear that eroticism in that sound and fit in as well.Inner ecstasy comes out from that crossing and continues to stay regardless of time.
This album will become a sound track for me as we toward to autumn.
Toshio Matsuura ..for web magazine OPENERS